Play as Lizzy, the space lizard, and repair space ships! Grapple the wall to fix parts of the ship before oxygen runs out! Use left-click to aim with your grappling hook and 'R' to repair objects!

This is our game for Global Game Jam 2020! For more info check out our page: https://globalgamejam.org/2020/games/space-lizards-3

I played the third level over forty times. It is impossible for a couple reasons. The main reason being that the grappling system is fundamentally broken. A good eighty (it might not be as high as eighty but based on my tests it's well over fifty) percent of the time the hook would fire off in a random direction, nowhere near the mouse, making aiming almost entirely pointless. Most of the time it was off by a good forty five degrees and at least once it was off by over ninety degrees. Also the fact that the grappling points are an object you collide with (rather than you simply passing through them) makes it so that, on the rare cases where your grappling goes in the right direction, you get stuck on the grappling point and have to spam the mouse button until you can manoeuvre around it. All of this wastes valuable time. Out of my forty odd tries even the instance wherein I got the closest to completing it I still would have needed an extra twenty to thirty seconds to even come close to being able to finish.

All in all this game could have used a lot more time to bake. I get that it's a jam game but that doesn't change the fact that this is really broken in its current state. I hope this game was a learning experience for you and I hope that, if you make another jam game, you have more time to play test and you make sure it's possible to complete. I apologise if this feedback was too negative, this game was just a very frustrating experience for me.

There's a lot of potential to this so I think it could still become great if you decide to polish it up post launch. I wish you luck, in the future, with all you do

Hi RisingRlyeh! That is some really great feedback. And to be honest, we didn't really think anyone would play this so fast lol We knew level 3 was broken and that the aim was wonkles but wanted to put it up after the game jam. We'll put some more effort into it and give it some love! Thanks for your thoughtful reply, it was very constructive!

I'm glad I can help. And hey, thanks for making games, not everyone pursues their passion. Also joining a jam must take a lot of courage. Keep up the good work 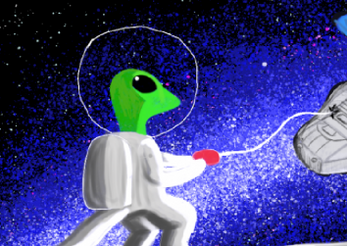